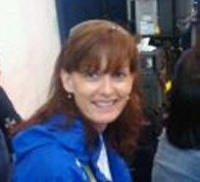 Sheila started her tae kwon do career in February 2005, at the urging of her then 8 year old daughter Ashlee. Joining Precision Martial Arts with no martial arts experience with the attitude to meet people and get in shape. She started teaching at Precision Martial Arts and running the after school program at the level of blue belt.

After 2 years of training she earned her 1st Dan black belt in December 2006 and received her Kukkiwon certificate from Korea on April 21, 2007. Sheila urged her Master to move from the private location in Bonita Springs, FL to the Estero Recreation Center, the business was approved to move in the recreation center in February 2007.

From 2007-2008, Sheila took several wing tsun classes to broaden her martial arts experience. She tested for her 2nd Dan in September 2008, receiving her 2nd Dan Kukkiwon Certificate on October 20, 2008. Also, in October 2008 Sheila and her husband, Jeff, purchased Precision Martial Arts from their Master.  Jeff passed away on September 11, 2009. Sheila continued to run the program with the help of her daughter and instructors.

In 2010, Sheila & Master Hyde decided to combine their schools and run two locations; one in St. Pete Beach, FL at the St. Pete Beach Recreation Center and one in Estero, FL at the Estero Recreation Center. After combining schools, Sheila tested for her 3rd Dan black belt in May 2011 under Master Henry Hyde and received her 3rd Dan Kukkiwon certificate from Korea at the same time.

In September 2012, Ms. Sheila along with Master Hyde started a tae kwon do program under State of the Art Tae Kwon do at the Bonita Springs YMCA, making this our 3rd location.