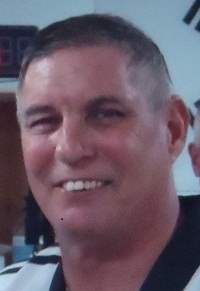 Henry Hyde began studying the martial arts in 1974, while stationed with the US Army in Germany. He first studied a style of Kung Fu known as Lima Lama, a Polynesian style. In late 1975, Mr. Hyde was transferred to Italy where he was introduced to Tae Kwon Do, the martial art style he would adopt permanently and of course, teaches today. While in Italy, he joined the Army’s Tae Kwon Do team and competed through out Europe.

In 1979, Mr. Hyde left the Army and came home to Florida to pursue a career in Law Enforcement. His training in Tae Kwon Do continued until 1982, when conflicts in work schedules combined with the care of his young children (Kellie, born in 1981, Jered in 1983 and Tyler in 1985) forced him suspend his formal training until 1986, when he met and began studying under Grand Master Myung Kun Oh.

By 1988, Mr. Hyde was teaching classes at Masters Oh’s school. He taught and ran the demo team there until late 1995, when he decided to open his own school under his own name. Hyde Tae Kwon Do opened its doors in August, 1996 as a home based martial arts studio.

His relationship with Master Oh did not end though, and he continued to train when he could as well as assist with tournaments and other affairs Master Oh may be organizing. In March of 1999, Grand Master Oh tested Mr. Hyde for his fourth Dan black belt, a degree of black belt which declares the wearer a first level “master” in Tae Kwon Do.

Since then, it has grown into an operation involving Admiral Farragut Academy and a 2000 square foot retail space. In 2007 Hyde Tae Kwon Do moved from the retail space into both the St. Petersburg YMCA and the St. Peter Beach Recreation Center. 2010 Mr. Hyde moved to Fort Myers, FL and joined the tae kwon do school of Precision Martial Arts Tae Kwon Do. He then decided to sell his program at the St. Pete YMCA.

On August 18, 2012; Master Hyde tested for his 6th Dan Black Belt in front of Master Val Henry of Sebring, FL.

In September 2012, Master Hyde along with Ms. Sheila Godbold started a tae kwon do program under State of the Art Tae Kwon do at the Bonita Springs YMCA, making this our 3rd location!