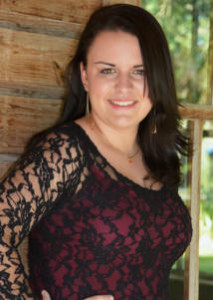 Ashlee Godbold was born in 1996 in Michigan.

She started Taekwondo in 2004 after having a small class held at her elementary school and immediately fell in love with the art and wanted to pursue it further. In the fall of 2004 she began as a white belt at Precision Martial Arts under Master Michael Pick, eventually convincing her parents to join her as well. She trained at the school part of the year and self-trained at home for the other part due to her family alternating from Ft. Myers, FL to Bois Blanc Island, MI. But moving to Florida permanently in 2005.Ashlee earned her 1st degree black belt in fall of 2006 alongside her mother Sheila and father Jeff. Then for her 2nd degree in 2008.

During this time, she was also an avid competitor in the sport side of TKD competing nationally and internationally with her Coach and Master Michael Pick. She received Bronze in 9-10yo sparring at the 2007 USAT National Championships in San Jose, CA.

In the fall of 2008 her parents took over Precision Martial Arts due to the Master pursuing other fields. During this transition she also became a competitor under Master Dennis White in Largo Florida and traveled 2 hours twice a week to train at his school. Under his coaching she went on to win Bronze for 12-13yo sparring in the 2009 AAU Nationals in Ft. Lauderdale, FL.

Shortly thereafter on September 11, 2009 her father Jeff died due to skin Cancer. Her and her mother continued to run the school and Ashlee continued in her competition career.
In 2010 her mother and step-father combined their schools officially creating State of the Art Taekwondo in Estero and St. Petersburg. A 3rd location was open in Bonita Springs in 2012 but has since closed. In May 2011 Under her step- father Master Henry Hyde her mother and her tested for their 3rd degree black belts.

Ashlee continued competing under Master Dennis White earning 4th place in the 14-15yo Sparring at the Canadian Open in Toronto, ON.

Shortly thereafter at 15 she retired from competition to pursue Theatre, Music and Medicine in her High School, but continued to assist in coaching and instructing.

In May 2014 she Graduated from Estero High school with her CNA license. At this time, she also Hyphenated her last name to Godbold-Hyde combining her biological and step father’s last names.
In August 2014 she took a break from Taekwondo to focus on college and moved from Estero to Tampa.
Ashlee attended Hillsborough Community College and earned her EMT certification in May 2015 and began working for Transcare EMS.

In September of 2016 she rejoined Taekwondo at the request of fellow instructor Ms. Janice Smickle. She is currently assisting as well as running sparring at the St. Petersburg Location.

Ashlee is currently living in Largo with her fish. She works as an EMT at Sunstar Paramedics in Pinellas County and is also a full time student at St. Petersburg College pursuing paramedic school as well as an Associates then Bachelor’s Degree in Emergency Services.